Biotechnology development: GMO and others 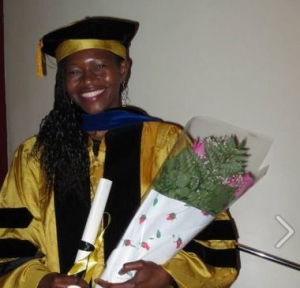 Appeal to the President of the Republic of Congo, January 2004 It is crucial for the future development of Africa in general and of Congo in particular, that priority be given to the promotion of GMO in agriculture. Africa is directly in touch with food urgency and the necessity to develop self-sufficient farm produce industry. Far from politically correct "green" snobbism, this is a field in which Africa can finally become more advanced than the former colonizers, thanks to the slowing effect of Judeo- Christian blocks and the ethicist mood of the well-fed rich ecologists in developed countries. Only GMO can solve to the problem of world hunger. The President of Congo should become a pioneer in this field by engaging his country in a whole GMO program and by giving it a priority in his budget. A country that is well fed does no longer revolt. Furthermore, if it can produce more than it needs, it could feed its neighbors and export, giving a bright future to Congo. GMO are far more important than oil! Nobody can eat oil. The neo-colonialist superpowers such as the USA have shown that they are ready to invade any country in order to get its oil resources under the pretext of "bringing democracy", replacing the former pretext of "pacifying the savage populations" used by the past European colonizers who came in fact to steal the countries’ resources. These superpowers are powerless in front of GMO, because GMO can grow everywhere, feed the local populations, and cannot be spoiled by the huge bribes and endemic corruption that affect the oil industry. GMO are a weapon to fight the multinational companies. They contribute to the liberation of the peoples in developing countries".

Remarks made in Accra (Ghana), 28th December 2004 If you look at Africa from the sky or from the ELOHIM’s, what does it look like? A magnificent continent, yes, and I am not talking about the beauty, but a continent where you find everything. In the Arabic countries almost the Northern part of Africa, there are incredible oil resources. Some also can be found along the coasts and in the centre of Africa. You have much oil so that you will not know how to use it if Africa unites. Oil is the key to energy. It should first be used for those who are starving to death and for the Africans, before selling it at a low price to the Western countries. They will be a little annoyed, the Western countries, if all of a sudden Africa and Arab countries refuse to sell them oil. What they could do is to find other sources of energy as hydrogen and wind; they do have the means, but Africa cannot afford it for the time being.

So, Africa should keep its oil. And when I say Africa, I mean the Arab countries and I believe Colonel Kadhafi sometimes spoke about it, he is doing a fantastic job. He is most certainly detested by the western countries, because what he says is pro-African. But, what he says is also right on this point. There is sufficient energy with oil resources; there is gold, there are all the raw materials of the world. However, because each country is separate, some people starve to death others are in a worse situation. Africa, if it unites, is self-sufficient on all aspects. In the field of scientific research, Africa can become a leader of GMO. If African scientists and others who want to help Africa, like Brigitte and others, have the means of it, it can be done within 3 to 5 years, within 3 to 5 years, listen carefully, between 3 to 5 years, if the scientists have the means. These means exist, there is no need to ask the World Bank and world donation organizations, who do not care of such issues. If there is wasted money, going up in smoke, a kiss on the hand, so easy gone (it cannot be useful) in armaments to protect a country from another country which will never attack. If all African military budgets are put together and given to scientists, between 3 to 5 years, listen carefully, a Prophet is speaking to you, between 3 to 5 years, not any African will starve to death anymore. If it is done – since the problem is that it should be done - and if it is done between 3 to 5 years, if the means are given to Brigitte and other scientists like Hortense in order to develop genetically modified food, do listen carefully; Africa will then get enough food for all African and even for exportation. For, the wealth of African countries that have the capacity to produce GMO (not having obstacles found in traditional Christians countries) mean these African countries can become the largest exporters, the world’s largest foodstuff exporters because here there are no committees "de tiques et des puces" willing to slow down science.

Nanotechnology can also be established without ethic committee. Between 3 to 7 years, GMO can make Africa the world’s largest food exporter. But do we want that or not? For us, we want everything, but for governments in place, it is another matter. Here is the interest to accelerate the process towards the African revolution, rejecting national systems in place, returning to chiefs and traditional leaders who will facilitate establishing this revolution because they know what it is like They have no ethic committees telling them, for example: “Ah yes, but it goes against god’s will”. No! When we have, in our villages, 100 to 200 children starving to death, we say “Listen, we don’t even want to know how you produce this food, just give it to us". This reminds me of the Raelians in Quebec. A few years ago, with the love characterizing us, we asked for a withdrawal. Like Robin Hood (I find the Robin Hood character so beautiful), I lightly incited the Canadian children to withdraw, to steal canned foods, dry foods, from their parents; food to give to the poor. The Raelians designed a bag they named "love bag", "sac d’amour" in French, and Raelians collected in these bags what the children stole from their parents. According to the Canadian law, there is no theft between parents and children; thus it is legal, they cannot be charged. And I told them “Take things, canned foods, from mommy’s or daddy’s cupboard, and put them in the "love bags" ”, and we collected ted a lot, a few tons of food because there are people living in the streets also in Canada. Living in the streets here, without eating, at 32 degrees in the shade, it is not too difficult. But living in the streets at minus 30, that is difficult. You have no idea what it is like. It is not cold, it hurts (…). When you are in the street without food, without food at minus 25, you do not feel well indeed.

So, we withdrew food, we managed to have a lot of food and quite happy and quite proud of ourselves, because we are full of love, and then we had to distribute it to the poor. Organizations exist, food organizations distributing food only to the poor. These are charitable organizations and we went to see them. We told them “Here, we have 2 tons of food”. What did they answer? “Ah! Raelians! No, we do not accept your food because it comes from Raelians”. There were some people in the street that did not care where the food came from as they just want to eat. You know what it is like to be hungry; it might have happened to you, to your family or to your friends. When we are hungry, you do not want to know if it is given by Jews, by Christians, by Muslims or by friends of the devil. I am hungry, I want to eat. No… for the leaders, the administrators, the presidents, they say “No way! Not the Raelians, it is a cult” and they refused the food. It took a lot of effort from Pierre Bolduc who is here, the Canadian National Guide, to find another organization saying “Listen, what we care for is giving food to those who are hungry, and no matter where it comes from”, and that is what we are waiting for. This explains to you how far people can make mistakes about their goals. And the Administrators of the African food sector do the same!

Three years! Within 3 years, give Hortense and Brigitte the financial means being wasted here, going up in smoke every second for weapons and in 3 years there will be no more hungry Africans. But in such an attempt, the political willingness is what is required. The political willingness is at the basis, at the traditional leaders, but not the existing rulers who objective is to care to fill their bank accounts. I make you dream. This dream has to become reality. It can become reality thanks to us. This is the reason why the Raelian Movement, African Raelian Movements have not only a religious and scientific dimension, but also a political one. And together we conceive the religious dimension, the scientific dimension and the political dimension are related toa single link. As you see, our mission is not only to explain the ELOHIM created us in their image, not only to explain seven races were created on this earth, not only to expose eternal life will soon be possible thanks to science, not only to explain we can transfer knowledge from brain to brain, but it is also, and this is probably the reason why the ELOHIM’s Messages concern Africa more specifically; because, seen from the sky, there is no single place on Earth where they see so many of their children starving to death. When other countries go on the moon, spending billions on cat food, it makes the ELOHIM cry. This is why the ELOHIM’s Messages have a stronger political dimension for Africa than for the rest of the world. Think of this responsibility you have. No other religion on Earth has the same concern. Christians proclaim Christianity, Muslims their Muslim religion. We, we say “Here is how we eat at home”.

We, we say “Here is how we can multiply, a little like Jesus multiplied the bread”. With GMOs, I come to multiply bread, physically, without miracle, without supernatural beings, without the ELOHIM sending manna from the sky. I say “Manna, we will make it, ourselves”. We have manna, “say, do you have manna?” (a wordplay in French with Ditalamane’s name: dis, t’as la manne). Yes! Manna, we can make it ourselves. With GMO, we can feed all African children, not by praying god, but by working in laboratories, by giving laboratories with the wasted money actually used in buying guns, cannons and aircrafts. This is the future of Africa. This is the reason why African Raelians agree with me.