Creation of a city of science 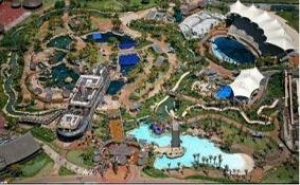 Remarks made in Brazzaville, 13th and 14th December 2001 Genetics is also very important. That’s why I came with Dr. Boisselier who is in charge of the human cloning project. I hope that the human cloning laboratory will be built here. (...) I have a big project, and Brigitte is here with me to see how to put it into concrete form. I would like to create a city of sciences here, the first African City of Sciences which could be called “Scientopolis,” where there would be a laboratory for cloning which all the so-called developed countries have condemned for “ethical” reasons... I really hope that this will be done in an African country. There, genetically modified foods will be produced, genetically modified plants allowing us to feed the whole world. This will multiply agricultural industrial productions by 10, by 100, by 1,000, because it is possible to produce food crops with a yield per hectare 1,000 times higher, thanks to genetic modifications. It is feasible, it is possible, we can produce bananas as big as your thigh, and tasting 10 times better. We can make coconuts as big as pumpkins! There are no pumpkins here. I must find another image. We can make coconut trees where the nuts would be lower than the level of our heads – it would be less dangerous when we take a nap. We can make a lawn that needs not be mowed, if we program the grass to stop growing after a given height. We can do everything, we can become ELOHIM, we can become gods. All is possible.

I would like to create this city of sciences in Africa, with a laboratory for genetics, a laboratory for cloning, a laboratory for electronics. My son, who has a school of computer science in Paris, could also help with this project. He could also help you to train the youngsters to be at the same level as the Americans, and make Africa jump, suddenly, from the middle age, directly into the future without having to go through intermediate periods. This would outrage the Western countries, because, in reality, they say loudly, “We must help Africa,” and then they whisper... “but not too much. They must progress a little, but they must not become better than us, because they must continue to consume our products, to buy what we have to sell them” - these are the words of hypocrites. On the contrary, I want you to become a little bit above them. Everyone has his turn at last, and it is normal not to have the same people always ahead of the others.

I would like Africa to develop so much that maybe, one day, it will help the new “third world” which Europe would become -- this will be interesting. And, European students would come and study here and you would welcome them with kind regards and no malice. We need this type of reversal. Think about it, it is possible. I am not dreaming. It all depends only on you, on your pride, on your dignity, on your eagerness to know, and on the knowledge you will have shared with your children. All this is possible. There may even be a greater chance than you imagine. Why? Because Western countries have handicaps that you don’t have the handicap of “ethics.” You must abandon “ethics.” Be aware, because this issue could spring up here. Their “ethics” come from traditional religions, such as the Catholic religion.