Economic and financial incentives package for the return 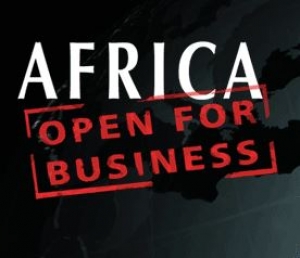 in "Back to Kama " , March 2009 ( .. ) You need some sponsor of the project "Back to Kama." If black artists like Michael Jackson or other transfer their recording studios and their main residence in Kama, many will follow. It is necessary to attract these fortunes and those celebrities that Kama governments have the courage to offer incentives package to return back to Kama. In particular, financial incentives, exactly as Ireland did; Europe poorest country, Ireland, which became the EEC countries at the most rapid economic development. These incentives are extremely simple: a guarantee for all immigrants returning to Kama or originated from Kama, a total income tax and capital tax exemption for at least fourteen (14 ) years.

In addition a banking secrecy guaranteed by law and with heavy criminal penalties for employees betraying banking it. Furthermore a total exemption of taxes for the American companies owned by Kamit descendants moving their head office and production tools to Kama in free zones trade created specifically for this purpose.

If the idea for super stars ok Kamit origin as Michael Jackson or Oprah Winfrey, a return to Kama, is emotionally exciting, it is not enough to encourage them to move. Money, yes!

If, again, artists and public figures such as Michael Jackson and Oprah Winfrey, heavily taxed in the U.S., know that they will no longer pay any tax if they return to Kama , then they will not hesitate one second. And with the crime committed against former slaves and centuries of suffering and discrimination, the U.S. authorities have no moral right to condemn this migration to evade taxes of former slave who were never properly compensated their descendants.

This legitimate tax avoidance would be a fair compensation for the descendants of slaves that nobody would have the right to challenge. With all these incentives, it is no doubt a massive return would take place. We should add a request to the U.S. authorities to release the imprisoned Kamit descendants in the USA and in some states, they represent up more than 50 % of the prison population, if they agree to leave to Kama; this, along with a financial assistance.

The timing is perfect because with more than seven ( 7) million prisoners , America is the country where there are more prisoners and the government is no longer able to finance their detention.