Promotion of the Kamit women 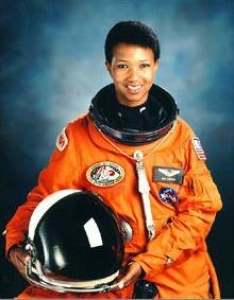 (…) Do you have an idea of this collective pressure happening that is forcing boys to act like boys and girls to act like girls. '' The girls need to be sensitive must cry must be delicate.'' Similarly, unfortunately in some parts of the world, particularly in Africa, it is pointless to get them to school, it is pointless they study. The men, will be able to study, go as far as possible. These are monumental mistakes.

I remind you that there is the potential inventor, entrepreneur, people who do as well in women as in men. If you love your girl, if you have a child, do you think this is a " Aimé Césaire ," who will stay at home and do not develop the potential she has? Or do you want her to become a " Hortense ," or a " Phylis " a pioneer of humanity, a pioneer in Africa? It depends on you. If you do not send your children, your girls to school, they will not develop their potential. There are "Einstein", geniuses of all kind, extraordinary potential artists among women as well as among men. The exercise we did yesterday, sex inversion, for sure it is much more important for men than for women because we need to feminize society to reduce violence, to fraternize more all the peoples of the earth. When we have a more refined and delicate approach the less likely we are hit others, to send bombs or to send military. On the contrary, what is important for women, it is to learn to decide to have activities that education has long made for the benefit of men, to become policymakers, entrepreneurs. Women, when all of a sudden realize, I hope that the exercise of yesterday helped you learn to become decision-makers, not to be courtesans, which remain seated, but the one who rises, who invest herself, you have a fantastic potential. When women engage in business, in science, in what has long been regarded with fear as privileges for men, they are generally brighter than men because they have a different approach that has been a little bit explored until now, which will allow to discover new things.

* Abolish not fulfilling practices imposed on Kamit women Eradicate excision Remarks made in Brazzaville, Wednesday December 28th, 2005 (…) It is not often, in society, that we have the occasion to do it but it is important for ourselves. It’s important that once a year we emerge ourselves in the other half of ourselves, because we are all partly female, partly male, even the most machos, even the most simple, even the most “militaristic” in the bad sense of the term. “I am the man and a man doesn’t do that.” They have to look at themselves in the mirror; immediately they have all the answers. Even if we cannot see it, we all have a feminine part. Medically, the women have a clitoris. At least those to whom it hasn’t been removed. And us, Raelians, are here to fight so that abominable crime, which is excision, be definitively eliminated. The Raelians, we should be the pioneers for the preservative, pioneers against excision, against the infibulation also, practically all those terrible and barbaric practices where a part of the ELOHIM’s creation is removed. It is a crime against the creation to remove women clitoris. What is a woman’s clitoris? There is no difference between a clitoris and a penis.

The penis that the men are so proud of, is a clitoris that has just grown; nothing else. At the beginning, after the wonderful sexual differentiation, nothing is changed, it’s the same thing. Then, there is one that grows, that makes the penis; when it doesn’t grow, it makes a clitoris. Look at yourselves, men, in the mirror and say: “I have a nice clitoris.” Yes, because it is nothing else. And the women, you can look at yourself in the mirror and say “I have in nice little penis.” Press release for the support of the reconstruction of the clitoris, January 26th, 2006. Press release of support to CLITORAID, 15th May 2006 Press release annoucing the launching of the pleassure hospital, Burkina Faso, May 2007

Brazzaville, 28 December 2007 The nomination by RAEL of the famous musician and artist from Ivory Coast, Tiken Jah Fakoli, as Honorary Guide for Humanity for his song "No excision" protesting against the barbaric tradition of female genital mutilation. The title of Honorary Guide is awarded to men and women who are not Raelians, but like the Raelians devote their lives to change the world by reducing violence, denouncing injustice and manipulation of government, eliminating god related taboos and promote human rights. The fight against excision and other female genital mutilation is thus considered an act of highest significance, for it is contributing to the overall development of humanity.

Eradicate breast ironing Press release, July 7th 2007 Breast ironing consist of pounding and massaging with wood or stone heated on fire , the breasts of the young girl when they begin to form in order to make them disappear by preventing them from growing. Why? "To preserve the teenage girls from the sight of men and avoid early sex” claim torturers! (Le Quotidien Mutations Yaoundé http://fr.allafrica.com/stories/200605310538.html ;BBC News http://news.bbc.co.uk/go/pr/fr/-/2/hi/africa/5107360.stm ) . This widespread practice in Cameroon, where at least 26% of the girls suffer at the time at entry into puberty, is very painful and dangerous. Beyond the physical effects it produces, it marks the victim psychologically for life in the same manner as female genital mutilation does. Evidence suggests that the "breast ironing" is practiced, to a lesser degree, in other regions of Africa, such as in Côte d' Ivory. In this era where science has demonstrated the importance of sensuality in the blossoming of mankind, to be an essential step in the progress of humanity; how can we accept this violence against girls? Rael, spiritual leader of the Raelian movement denounce this method of breast ironing and support the network of associations of tontine and all the people fighting against this other form of mutilation inflicted to young African women. Along with all Raelians in Africa, Rael send out an urgent plea to stop this violence that is also as criminal as female genital mutilation.