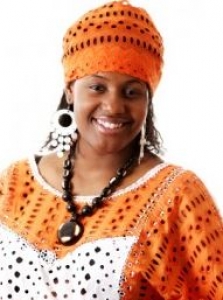 Before the colonizers arrived, there were wars; but they were limited. As soon as there was a victor, generally at the first sign of blood (there is an African tradition of the first sign of blood), normally when a warrior died, the whole war stopped. There was never genocide. In African history, before colonization, a nation would never exterminate another nation. Now, it happens because of existing colonial borders having no meaning, if only because of a brilliant gentleman, English and French, having made lines on a map and said: "here, there, this will be and we will call it Ivory Coast", a name having nothing to do with Africa.

The natives of Ivory Coast are proud to be natives of Ivory Coast, but this name also, like those of the Native Americans, should be rejected. In Burkina Faso, you did it, you replaced Upper Volta by Burkina; it is good, it means something in the language of the people. Ivory Coast, it is the Whites who said "it is a coast where there is a lot of ivory: we are going to call it the Ivory Coast". The African countries, also, have to retrieve their dignity by using their name. ANISHINABEK is for the Native Americans. Burkina Faso! It disturbed everyone in Europe. Good, very good! Disturb, find names belonging to you.