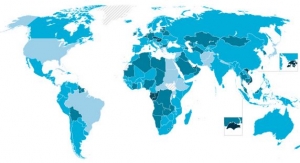 In « Assessment of the 50 year independence of Kama countries », interviewed by DRTV of Brazzaville, 14th November 2009 (…) So, that is simple and easy to set up. Moreover, Africa is not alone. That is to say, African populations have extraordinary allies who are in fact in the process of taking care of Africa better than the former colonizers. Currently, China for example is the biggest investor in Africa and that disturbs Europeans and Americans. And that is fantastic! They know the problem well because they have been colonized too. So, the united states of Africa or the united kingdom of Africa, all these African states have to terminate their communication and investment and ban investments from Europe and ask the former colonized nations to form a partnership with them. It would be a planetary federation of formally colonized countries, China, Africa, and South America with Hugo Chavez who is doing fantastic things in Venezuela. If all these countries, victim of the old European imperialism, were to become allies (and Americans are very scared of that, so are Europeans). The European midget would be swept away. And that is what needs to be done.

The future of Africa is not only an economical alliance but a military one as well to protect themselves at every level, to protect themselves from the colonists who are ready to do anything in order to come back. Because, as long as the economy was more or less steady, decolonization was beautiful, it was in, it was fashionable. But now that Europe and America are feeling the effects of the crash, Europeans and Americans are going to start to be hungry again. They are already in the street. They are already homeless in various places. The number of unemployed is increasing at an incredible pace. The world economic system is in the process of collapsing. Economic interests are going to become strong again and they will want to colonize once again the colonies they lost, in bloody conflicts, invasions and genocides.

All of this is taking shape under the pretense of helping third world countries, under the pretense of bringing peace. That is what the illegal occupation of Iraq by the USA is all about; their foremost interest is to take the oil. If tomorrow Saudi Arabia is to become truly independent and the other countries producing petroleum are too, and that is what is happening with Hugo Chavez in Venezuela who wants to become independent, Americans will be very scared and Europeans too because they are about to lose control of the petroleum supply. So there is no such thing as true decolonization and to protect itself from that, Africa, China, India, Chavez in Venezuela, all these people need to become partners to create a world bank of former colonized countries that help one another: investments, that help one another: military alliances to protect themselves from the colonists who will soon have only one wish to come back by force. You can see all this already. You have soldiers in Africa, French soldiers for instance, who are there in the name of cooperation. Cooperation is indeed a very beautiful word. It means that they are there with the excuse to say that if there were political unrest, they would be able to help defend the French populations living in Africa. Just a moment! If there is political unrest in Europe and it does happen in certain countries, are there African military people to protect the black population who live there? NO! So there is no equivalence, not even any reciprocity. It is still paternalism, a conquistador disposition that is put in place to say: “you are independent, but watch out we have an eye on you, we still patronize you, we watch that all goes well, otherwise, we will be back.” That is unacceptable!

That is why it is in Africa’s interest to become partners with China which still remains the biggest country in the world, now the first economical power in the world and also represents almost one fourth of humanity. That’s the reason why China is in the mist of becoming the super power of the world and why they will never have invasions again. They have nuclear weapons. It is not such a good thing. It would be wonderful if the whole world got rid of them but seeing the massive quantity of these weapons in America and Europe, they are right to produce some. If you don’t want us to make them anymore, destroy all those you have in Europe and all those you have in America. Then we’ll see. It is so laughable to see Europe or America tell Iran “Oh, Iran is going to have a nuclear bomb, let’s invade Iran!” There are 10,000 of them in the USA! There are 10,000 of them in Europe ! So, why don’ t you start by destroying what you have before worrying about THE tiny little nuclear bomb that Iran may make one day! And who has the right to make it! Why would the USA and the old European imperialist nations have the right to have nuclear bombs but not India or China and especially not Africa! NO! Equality is there for everyone.

China and India combined will soon represent 3 billion human beings that is to say almost half of humanity. And Africa has to join that half of humanity as a former victim of colonization and they must create an international of the former victims of colonization without being revenge-minded. Because love and compassion must also rule without ever making Europeans and Americans endure what they have made others endure but by preventing this from happening again, treating others at the very least equally. It is very likely that with the economic and intellectual wealth found in the Chinese, Indian, South American, African Block that possess all the world wealth that one day Europe and the USA may become third world countries. And it will be up to the people of Africa and to the former colonized nations to help them but to help them better. Because aid to help developing countries ended up, being aid that kept countries under developed. It will be up to you, future populations of Africa and of Kama, of all the former colonized states to help sincerely.

Currently, Africans are waiting in line to immigrate to rich countries, like France, etc. I, Prophet Rael, predict to you that one day, Europeans will stand in line to be accepted as immigrants in Africa. I hope, I count on you to treat them better than they treat you when you go to Europe. The situation is about to turn around. You already see what I am telling you here materialize. A lot of people who hold a university diploma from French Universities, go back home, back to Africa instead of finding a job in France or in the USA because they are treated better there, because there is no racism there and because they are going to develop in a much stronger way by creating enterprises in Africa. The Chinese understood that and are starting to massively invest in Africa. It is extraordinary, it is magnificent. Increase your links with China and India, with Chavez in Venezuela and Africa will soon become the place where the poor Europeans will go in order to try to get a job! It is in your hands to welcome them with love.