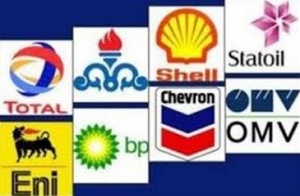 For an economic and cultural of Cote d’Ivoire, January 2003 Finally for economic readjustment, the government of Cote d’Ivoire must nationalize without paying damages all the belongings of French companies and individuals. Not only does Cote d’Ivoire not have to pay damages, but it is France that still owes them an enormous debt, because the value of the resources and prime materials that were stolen during colonization has by now greatly surpassed the value of the belongings actually seized.

At the same time the government of Cote d’Ivoire must never reimburse the debts owed France, for the same reasons. If we then add the value of everything else stolen throughout the history of Cote d’Ivoire, we would realize that it is France who owes an enormous debt to the Ivorian people. True decolonization is yet to occur, the proof, is that France sends its troops to impose its will at the first excuse. Cultural and economic decolonization go by giving up French language and nationalizing of French possessions with compensation. African immigrants have long enough been victims of French exploitation and heard too often "France for the French"... it is time for them to answer "Africa for Africans"!

Remarks made in Accra (Ghana), December 2004 (…) They know what debt here is like here. You have just heard the number of 40 millions of dollars, I am not sure how much, from memory, only the interests, and these are not payments. We cannot refund interests on developing countries’ debt. What they call developing countries is what I call underdeveloping countries because actually they do everything to make them be more and more underdeveloped. Underdevelopment countries: the debt, what is it? I, I would want them to add the price of the human beings kidnapped from Africa and enslaved over there. The price, cost and quantity of money that those people had worked like animals, have been profitable the European and American economies. If this is added to the raw materials plundered in Africa, because there had been plundering (all the resources, all the material are still plundering), if we add all of this, I am sorry, African countries do not have any debt towards the developed countries. On the contrary the developed countries are those which have not finished paying back the debt yet.

I am sorry, I hope African politicians hear or somebody else gives them my message on to them. Let us make a true evaluation of everything plundered in Africa, in South America (the Incas' gold): billions of dollars. All of this was pillaged and it is what enriches Vatican and also the United States, England, included all the countries… And they dare come to you and saying you owe them money. Oh, oh, oh! False! These are lies, exactly like god, the soul and anything else.

And we, Raelians, we are here to re-establish this truth, to bring about this true revolution. Cancellation of the debt, as long as there are cancellations of debts, you need not thank you. You need to tell them: oh, oh, oh, now, you still owe us this. If someone has to cancel the debt, then it is us, and not you. And, maybe, the Africans, because of their kindness and generosity might cancel the developed countries’ debt one day. But, it is not the opposite.